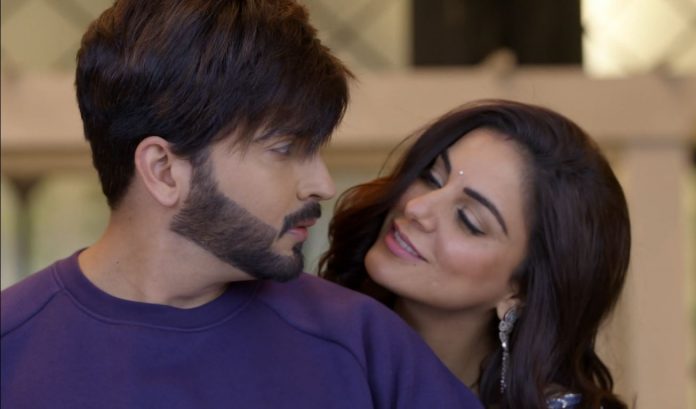 Kundali Bhagya 15th February 2021 Written Update Superb twist Sarla explains Preeta that the person who thinks from heart always gets hurt. She tells that Karan never thought for Preeta selflessly. She can’t see her daughter in pain. She feels Preeta’s pain. She tells that she was also hurt that everyone lost faith on Preeta. She asks Preeta to forgive them and go back to them if they apologize and show faith on her. She tells that she will not send her with Karan if Luthras don’t change their verdict. Preeta is sorrowful.

Janki asks her not to cry if she accepts Sarla’s word. Preeta tells that she has no control on her heart, she feels hurt. Shrishti asks Preeta to accept that she is sad because she misses Karan. Preeta denies it. She tells that Karan doesn’t care for her. Shrishti asks her to tell if she cares. She messages Sameer. She wants to find a solution to reunite Karan and Preeta. Shrishti can’t see Preeta sad. Shrishti goes to meet Sameer. She finds him buying roses and assumes that its for her. Sameer tells that the roses aren’t for Shrishti.

Janki informs about a thief entering their locality. Shrishti returns home and learns about a thief’s scare around. Sarla doesn’t have any fear. Shrishti tells that they have no jewellery or cash for the thief. Janki tells that thief won’t know about their status, he may harm them if he doesn’t get anything in the house. Shrishti tries hard to convince Preeta to meet Karan. She asks Preeta to talk to Karan and end their issues. Karan gets angered when Sameer insists him to accept his feelings for Preeta. Sameer asks Karan to call Preeta.

She wants Preeta and Karan not to spoil their lives in their egos. Preeta calls up Karan. Sameer requests Karan to answer the call, its valentines day, talk sweetly to her and set up a good date. Karan gets rude to Preeta. He tells that he wasn’t waiting for her call, she didn’t care to call him. Preeta doesn’t want to hear his nonsense. He thinks she always shows attitude. Sameer asks him to talk sweetly with love, not rudely. Karan tells that he was speaking well. Preeta tells Shrishti that she didn’t wish to talk to Karan. She doesn’t want to call again.

Karan asks Sameer to not force him. Preeta waits for Karan’s call. She knows that Karan doesn’t care for her, he would not call her. She angrily tries to open the window to get some fresh air. She gets herself hurt. Shrishti asks her to be careful. Preeta tells Shrishti that Karan spoke to her as if she has no self-respect. She doesn’t want to give anyone the rights to insult her. Shrishti calms her down. Preeta doesn’t want to waste her life in convincing Karan. Shrishti asks her to meet Karan and talk face-to-face.

She knows that Karan’s anger will end on seeing her, his feelings will come out for sure. She tells that she should make her marriage work. Preeta agrees to mend her relation. She asks about Sarla. Shrishti tells that Sarla will be happy if her daughter is happy, if she knows that Karan has changed his mind. She gives hopes to Preeta. Preeta gets glad. Shrishti asks Preeta if she would jump down the window and go to meet Karan. Karan badly misses Preeti, but has no courage to confess his own feelings. He is surprised when Preeta returns home. Preeta meets Karan. He asks her why did she get late. She doesn’t want him to complain.

She admits that she missed him more than he missed her. They have a moment of union in Karan’s dream sequence. Mahira reaches Karan in Preeta’s absence. She is happy to see him angry on Preeta. Karan misses Preeta, but doesn’t want to take the initiative to end their fight. Karan arrives at Preeta’s house to meet her. She wakes up and sees the movement at the window. She gets scared assuming him to be a thief.

Preeta attacks him. Karan and Preeta get bound up in love and get into a romantic moment. She is surprised to see him. Karan reveals that he couldn’t stay without her and had come to meet her. Will Preeta compromise on her esteem and try once to mend her relationship with Karan? Will Karan give up on his ego and accept Preeta heartily? Comment your views on the coming valentines special episode of Kundali Bhagya. Keep reading.

Reviewed Rating for Kundali Bhagya 15th February 2021 Written Update Superb twist: 4/5 This rating is solely based on the opinion of the writer. You may post your own take on the show in the comment section below.