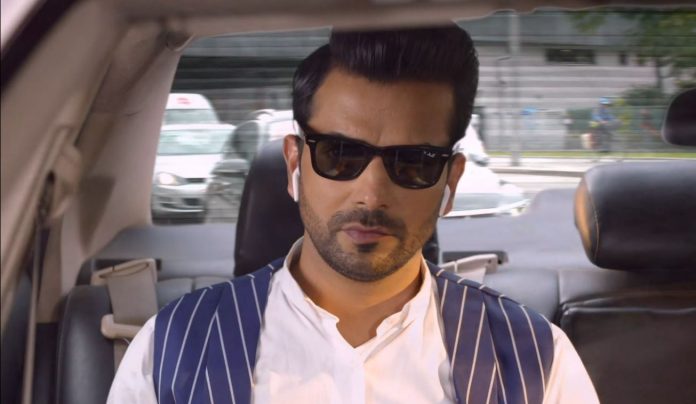 Preeta tells that Prithvi and Kritika have come home together as a married couple, they accepted that they got married. She adds that they are remarrying again in the presence of the family. Shrishti tells that she will explain Kritika in her own way. She asks if Kritika has gone mad. Preeta asks her not to come home to meet Kritika, Karan is very angry, but Kareena is very calm. She tells that Kareena and Bani are supporting Prithvi. She finds it really strange. She tells that Kareena is happy and wants the marriage to happen again.

Shrishti hates the news. Preeta tells that she is helpless. She has to go and see Karan. Kareena wants Kritika’s marriage functions to be grand. Karan is super angry. He can’t believe that Prithvi has married Kritika. He calls Rishabh to inform him the shocking news. Rishabh tells that he also misses Karan and the family. Karan tells Rishabh that the world is unpredictable. Rishabh asks what has happened that gave him stress. Karan asks him to return home. Rishabh tells that he has an important meeting, he can’t come.

Karan reveals that Kritika is marrying Prithvi. Rishabh is super shocked. Karan tells him that she has already married Prithvi and she is remarrying once again. Rishabh tells that he can’t believe this. Karan tells that he can’t handle the mess. He asks Rishabh to come back home and explain Kritika to not marry Prithvi. Rishabh is troubled. He cancels his important meetings. He has to rush back to India for a family meeting. He tells that his family is the most important. Rakhi meets Karan. She tells him that she has heard his conversation with Rishabh.

She knows that he isn’t happy with the marriage. Karan tells Rakhi that Prithvi is a kidnapper, a criminal, Kritika can’t marry him. She asks Rakhi not to support Kritika. Rakhi tells that she is just supporting Kareena, since Kritika’s marriage broke along with her heart. She reasons out that she has to take care of everyone’s happiness. She tells that Kareena and Bani have accepted the happiness, they should also be a part of it. Karan tells that its not happiness, they can’t rejoice for a disaster.

Rakhi asks Preeta to try to explain Karan so that Kritika’s heart doesn’t break. She requests Karan and Preeta to be happy for Kritika’s happiness. Preeta is in a huge mess since she can’t favor Prithvi by listening to Rakhi. Will Rishabh come in time and stop Prithvi from succeeding in his evil game? Will the Luthra brothers stop the marriage and save their sister’s life? A Maha episode will be coming with huge twists in the show. Comment your views and keep reading.

Reviewed Rating for Kundali Bhagya 25th February 2021 Written Update Rishabh returns: 4/5 This rating is solely based on the opinion of the writer. You may post your own take on the show in the comment section below.