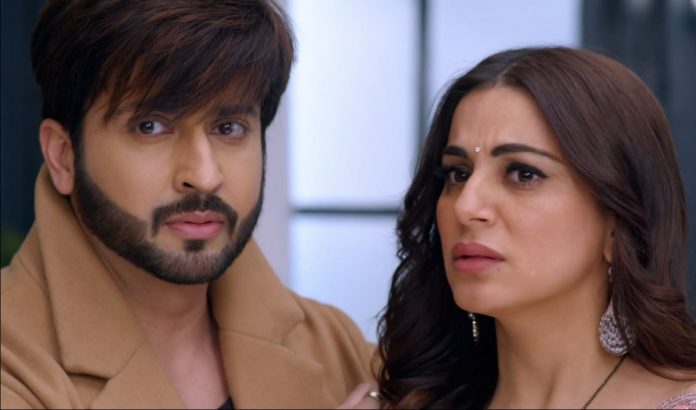 YRKKH Kundali Bhagya Upcoming Top 3 Spoilers 8th March Kartik accepts Mukesh’s challenge in order to help Sirat. He wants Sirat to get her dad’s memory, the old nameplate back. He is ready to fight for her, even when he knows that Sirat isn’t Naira. He can’t help his heart who has started believing in Sirat’s genuineness. He finds Sirat innocent and helpless and becomes the angel in her life. Sirat too is an angel for him to help him and Kairav in the tough time. Kartik thinks its his duty to help her.

He tells that he will have the kabaddi match with Mukesh, and help Sirat win it. He prepares for the match, since he is already a good player in it. He remembers Naira and their past moments. He informs Manish that he isn’t coming home too soon since he has to be with Sirat and help her win the Kabaddi challenge. He tells that he will not come back home when Sirat needs him. Manish feels Sirat had laid a good trap for his son.

Manish tells Kartik that they will consider their relations over and not wait for him further. He asks Kartik to stay in Sirat’s house forever. He doesn’t want Sirat to come back to Goenka mansion ever, and asks Kartik to not return home either. Kartik and Manish’s argument further troubles Sirat, who witnesses everything and feels sorry for Kartik’s increasing woes. She tries hard to convince Kairav that she isn’t Naira, so that Kairav leaves from her place.

Mahira intentionally hugs Karan by pretending to be Preeta. She takes an advantage of the curtain between them. She acts friendly when she gets caught by Preeta. Preeta shouts on Karan when she finds him hugging Mahira.

Mahira tells that she is innocent in this matter, it was Karan who hugged her on his own. She asks Preeta to ask Karan about it. Karan was mistaken that she is Preeta. He tries to clarify to Preeta. He then thinks Preeta trusts him and doesn’t clarify anything. Mahira takes benefit from this and hugs him again on the name of friendship. She tells her that Karan is just her friend, she isn’t thinking of anything else. Preeta is too raged and gets mad at Mahira.

KT and Preeti will soon come to know a big secret regarding KT’s birth. KT isn’t Kushala and Shivraj’s biological son. Kushala hides this truth so that the family doesn’t break. Soon, the truth surfaces when Preeta finds Kushala’s secret file in her room. The truth is going to change everything for KT. Will it help KT and Preeti in revealing the surrogacy truth to the family or break Tibrewal family?

Reviewed Rating for YRKKH Kundali Bhagya Upcoming Top 3 Spoilers 8th March: 3/5 This rating is solely based on the opinion of the writer. You may post your own take on the show in the comment section below.